Late last night I arrived home from India where I am working with four artists from Bangalore and three artists from the Bay Area to embark on a project titled: “The Distance from Me to You.”

I am looking forward to discovering you and your work in a few weeks, as this is the first time I have attended the symposium.

I will be presenting my collaborative photographs, video, installations and public art created over the past decade.  These works explore environmental, cultural, and social issues in the context of the relationships of our bodies to the land. 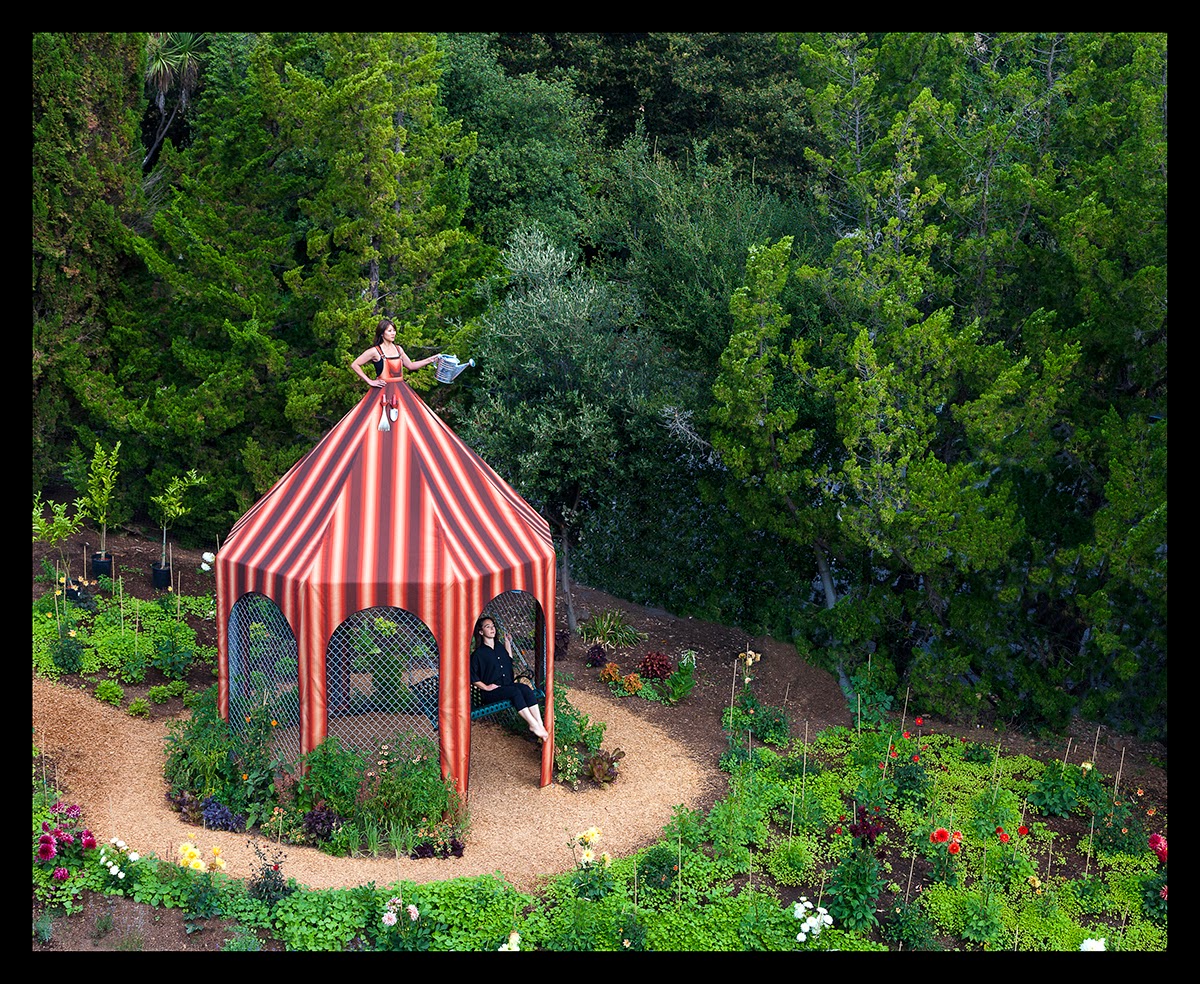 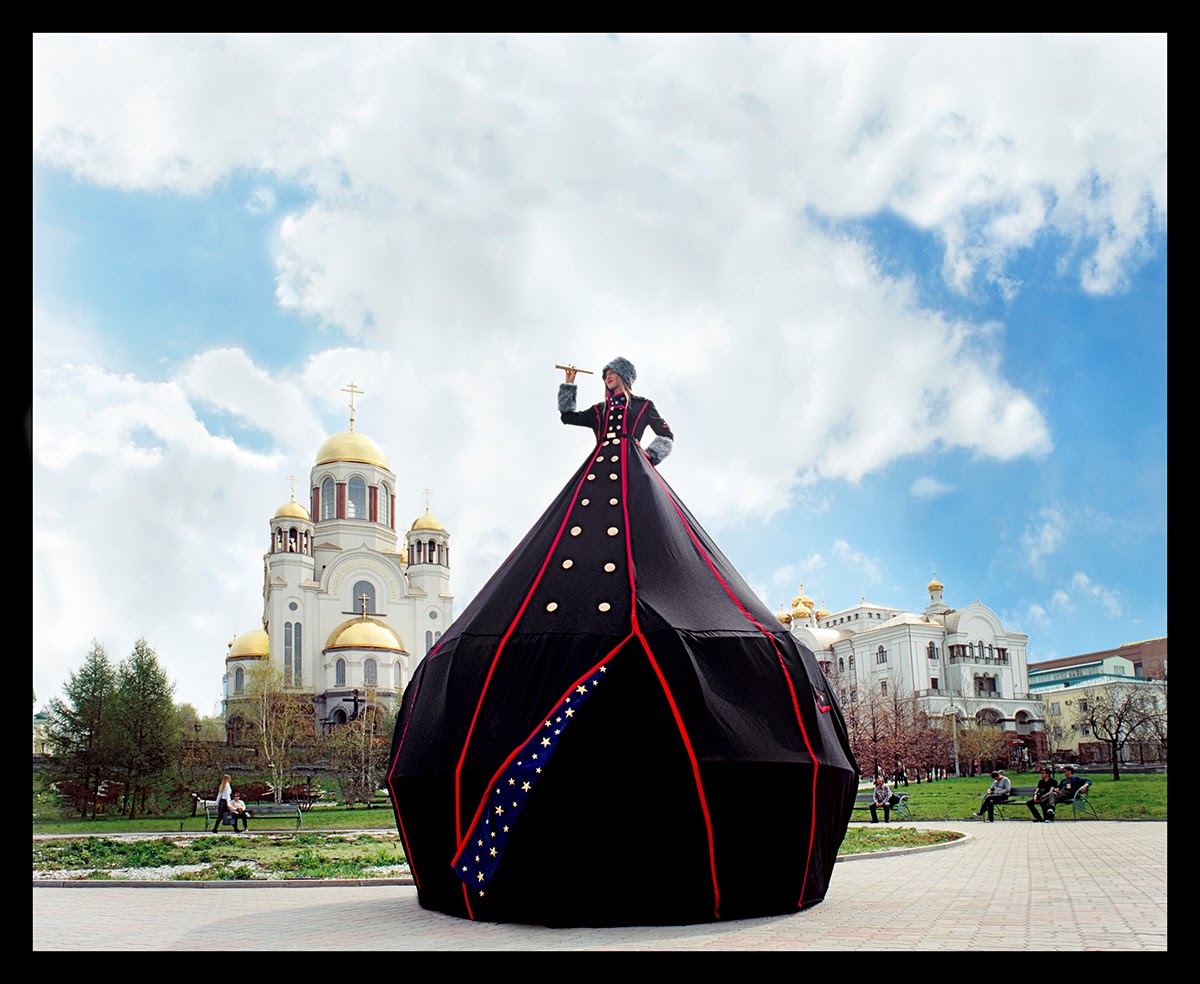 Dress Tents are a fusion of architecture, the body and the land played out through living sculpture, moving images and photography. The wearable architecture is installed and worn in the landscape in order to be photographed. Humor is s paramount in these photographs, which are meant to be alluring and whimsical. In other instances, the installations are per formed and displayed in a gallery or museum as interactive living sculptures. On occasion the Dress Tents are
commissioned as semi - permanent, interactive public art installations. The Dress Tent project investigates desire from a female centered perspective and uses seduction as a vehicle to explore the relationship between the body and the land.

Images from the Refuge in Refuse: 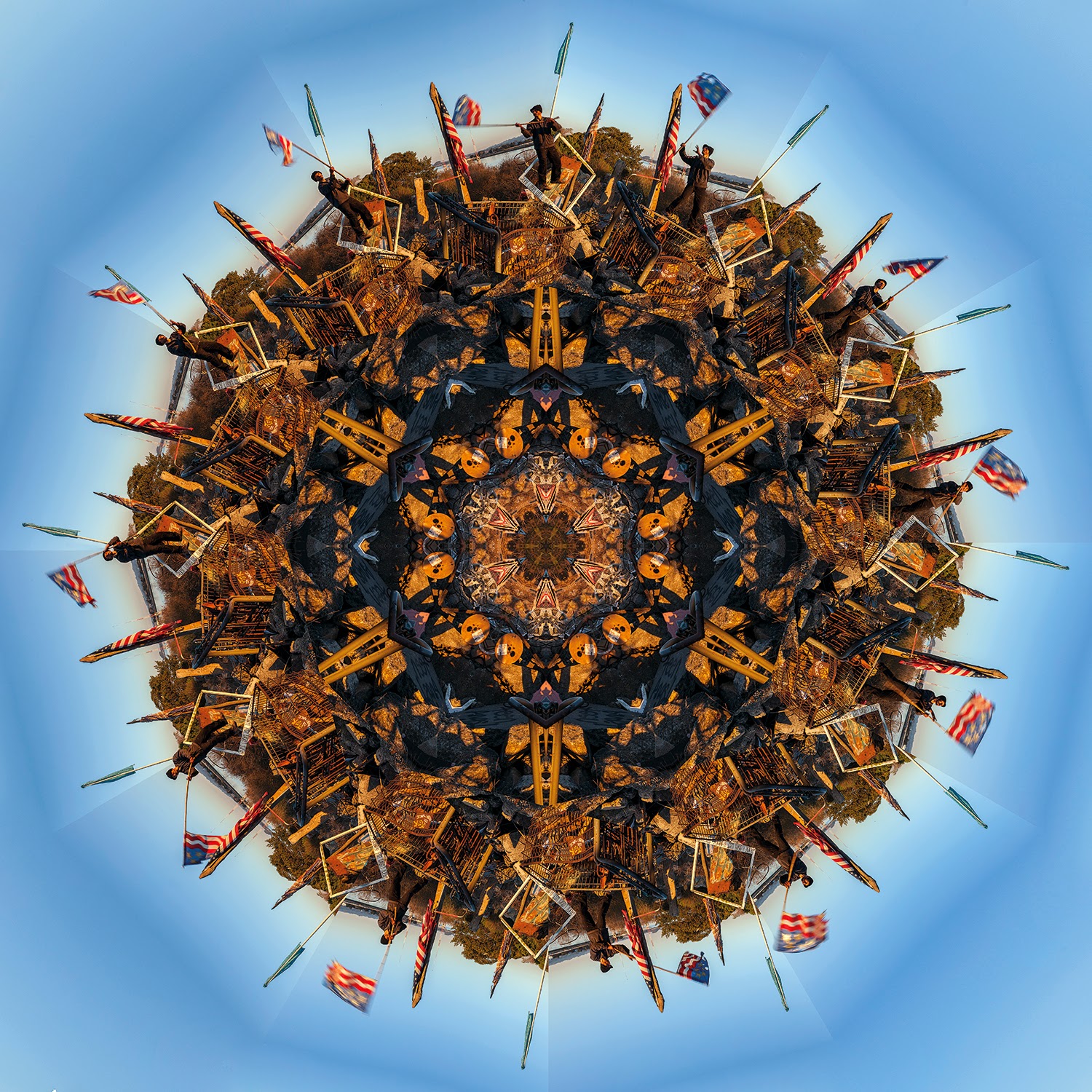 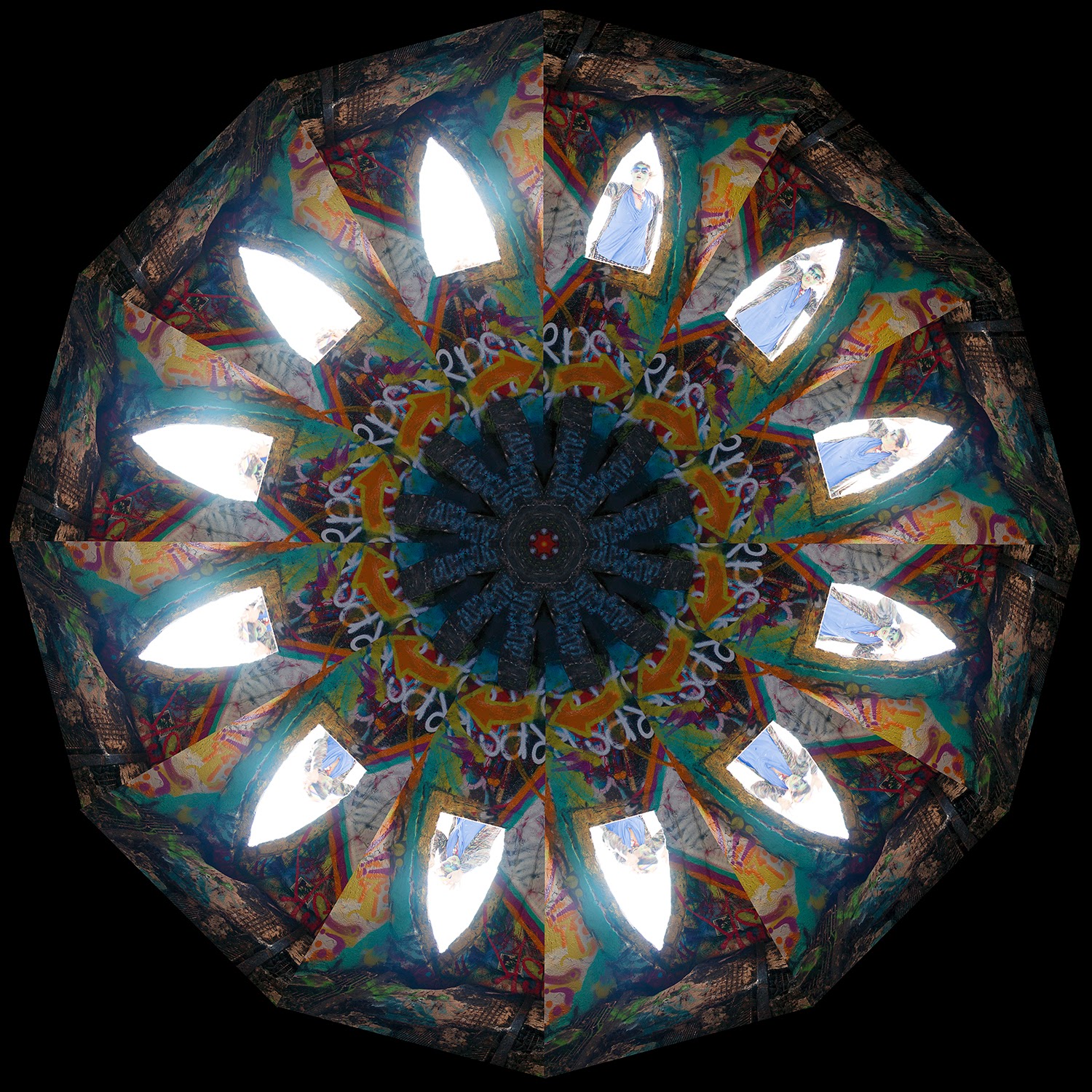 The Refuge in Refuse: Homesteading Art and Culture project is an interactive, mobile, transmedia collection of visual and sound data reflecting the intersection of architecture, art, ecology and people homesteading on a decommissioned shoreline construction dump located in Albany, California.  For more than two decades artists, recreationalists, and the homeless share the bulb exploring borders between public and private urban space.  The project utilizes sound (stories), video, photography and sculpture.

The Albany Bulb is a landfill peninsula located along the east shore of the San Francisco Bay. This year the Albany City Council voted to begin transferring the land from the city of Albany over to the California State Park System. Transferring this land will also mean that over sixty people who have long been camped at the Albany Bulb, will be made, once again, homeless. This upcoming eviction will bring changing tides for a group of people, a body of water, and a spit of land.

The word mandala is Sanskrit for whole world or healing circle. The mandala is a representation of the universe and everything in it; it is the most basic form in nature. They are a meditation on and celebration of the myriad ways residents use their creativity in response to life on the brink of change. The mandalas also serve as zoetrope image portraits. Zoetrope means “wheel of life.” A Zoetrope is a device giving the illusion of motion.  When spun on a disc, powered by citizens riding a bike made from metal scraps gifted to us by campers at the Bulb, these series of still portraits in the round come alive, the animations reveal creative actions by residents who in time of crisis choose to live creatively by painting, performing, cooking, and community organizing.

Posted by Yuma Art Symposium Blog No comments:
Email ThisBlogThis!Share to TwitterShare to FacebookShare to Pinterest

I have not had the chance to attend a Yuma Symposium in the past, so this will be my first trip. I have been working hard to come up with an easy and succinct way to explain what I do with my animated projections and to get those of you who are brave enough to attend my session involved in a big collaborative drawing. Some time ago I got the idea that it would be interesting to have a swarm of birds swoop in and lift one of my reoccurring characters (called "Heavy Man") off the ground by grabbing his clothes with their beaks and levitating him for a few seconds. The idea was much easier to come up with than it was to execute, but I have been using low-tech animation and special effects tricks for a few years, so I thought I could pull it off. I generally begin my projected pieces by documenting some sort of a performance or action in the real world... In this case I fastened some fishing hooks up to thin monofilament and used a series of pulleys to lift various portions of the models clothing. I recorded this event with a DSLR camera and then went to work editing the video. I deleted the background and adjusted the colors to get a clean image with no wired visible (take that hollywood). 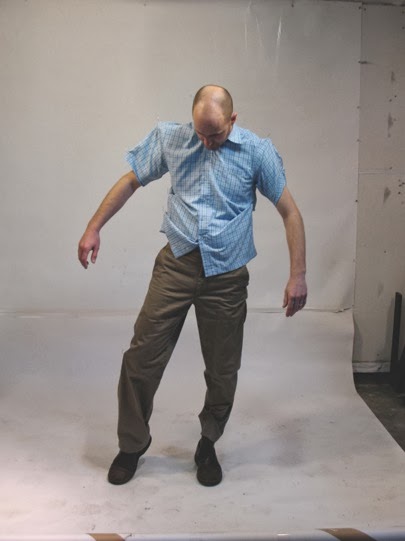 After the video was edited and ready for some birds to show up I started animating a swarm of crow/starling flying creatures that could lift this poor sucker off the ground. Let's just say that animating a flock of birds was more work than I expected... I Know......I Know..... 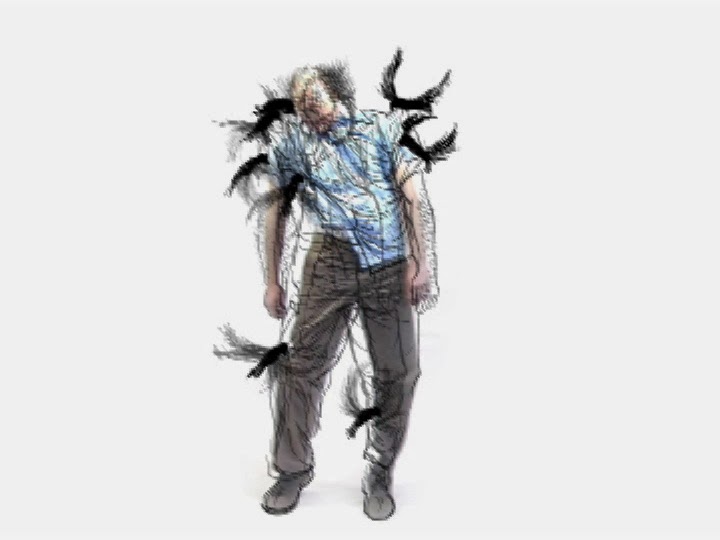 After some trial and tribulation I finally figured out a fairly simple and straightforward technique for creating this kind of animation (which I am excited to share with you at the Symposium). Now I can make swarms of birds attack anything I wish - which has led me to some of the pieces that will be on display in the presenters exhibit. 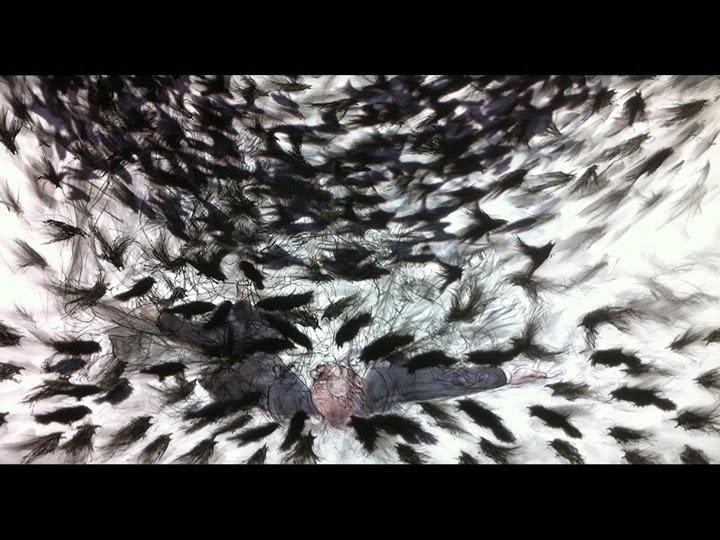 Once the video and animation elements are ready to go I project the moving images onto a piece of paper or panel and create a drawing that interacts with the projected imagery. I have also been experimenting with adding drawn elements on top of television monitors and other electronic devices. I love the way that the fuzzy and "cheap" digital imagery interacts with the sharp and organic hand drawn lines and tones. 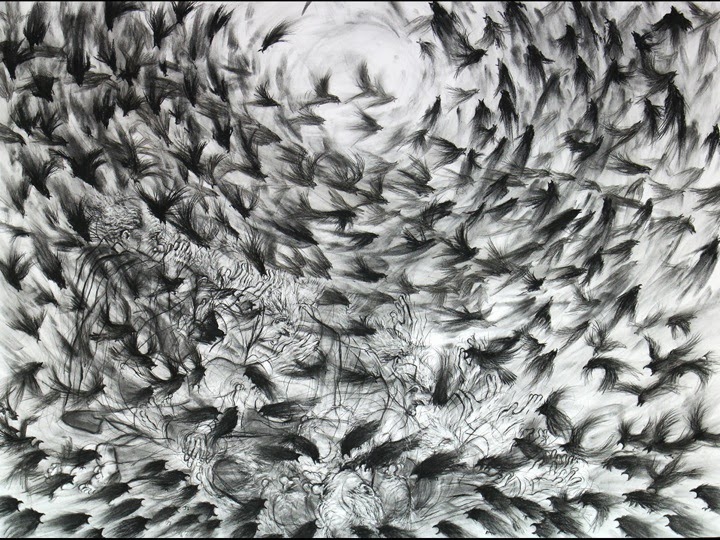 There is a tension inherent in mixing the two media that I find fascinating. I believe that it springs out of my background in traditional printmaking and I hope that I will be able to sell some of you on this argument when we meet face to face in the near future. 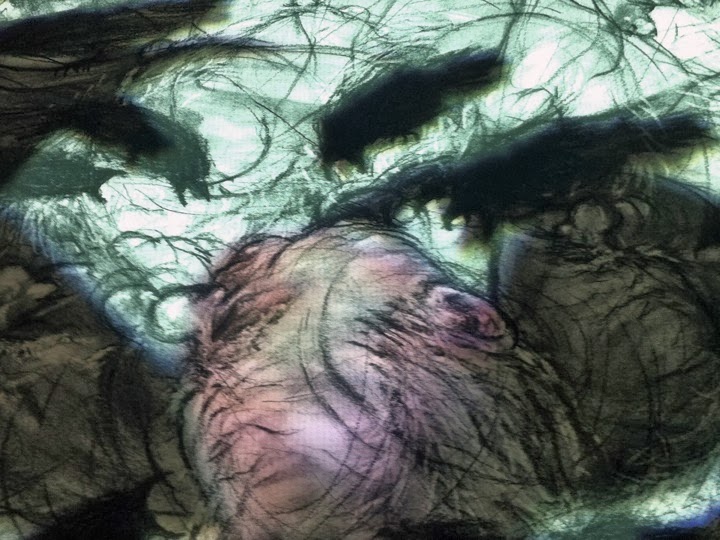 I wish you safe travels and many adventures along the way. See you in Yuma.

Posted by Yuma Art Symposium Blog No comments:
Email ThisBlogThis!Share to TwitterShare to FacebookShare to Pinterest

IT'S GETTING CLOSER! by Kat Cole

IT'S GETTING CLOSER!  Although we still have a little more than a month before we all get together again in Yuma.  This will be my 4th Yuma and I am so excited to be presenting to so many friends and colleagues.  Bring on the tacos.

When I was asked to speak at Yuma I had yet to make my 8th move to the great state of Texas, Dallas specifically.  In each of the last 5 moves, over eight years, I have used my studio methodology and work to create tangible representations of connection to these places.

In my newest works I am contemplating the glossy urban city outside my high-rise window.  It is a jumble of buildings in steel and glass.  I will be talking about and demonstrating steel as a material in jewelry, the use of liquid form enamel on its’ surface and the very exciting possibilities of surface, color, and scale. 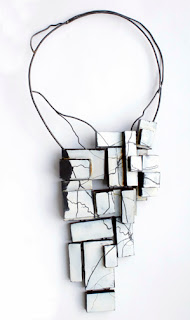 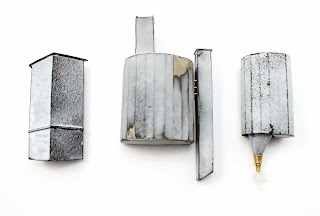 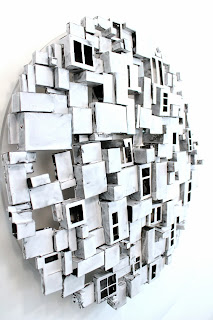