Insectum Domesticus
"A Micro-Bestiary"
I would like to introduce a project that investigates our relationship to suburban landscape through micro images of locally found insects and other arthropods. My series of photographs Suburban Symbiosis: Insectum domesticus (2011-present) utilizes the combination of Scanning Electron Microscope and optical Stereo Microscope, in order to achieve a “portrait”-like effect inspired by the tradition of 17th Century Dutch and Flemish painters. 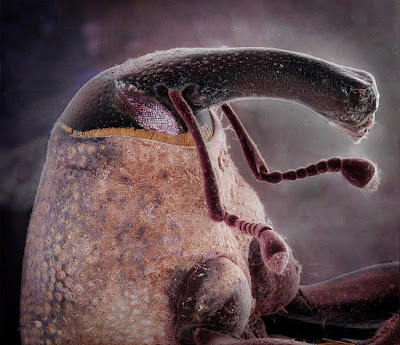 Insects find way into our homes no matter how vigilant we are in our effort to keep the nature on the outer side of our windowpanes. Most people, on encountering an insect in their home, will poison it, squash it, or quickly usher it out the door. During my investigation of suburban experience, I started recording the indoor wildlife consistent with the environment my subdivision occupies. 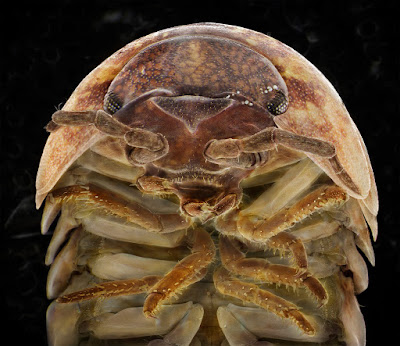 In the Southeast of the United States, where I live, the seasons can be measured by the occurrences of different insect swarms. About 84% of known animals belong to the Arthropod Phylum. Zoologists estimate that number of insects species alone could be as high as 10 million. Taxonomists name and describe about 2000 species of insects annually. Unfortunately, in spite of their numbers and variety, they are vanishing at an alarming rate. Many species of insects will become extinct before they are even discovered, due to habitat loss, climate change, and other environmental issues. From newsworthy bee colony collapses to recent noticeable absence of dead insects on our windshields, some species fell by 75% to 90% in the last 20 years. As they are not charismatic megafauna, theirs is a silent extinction. 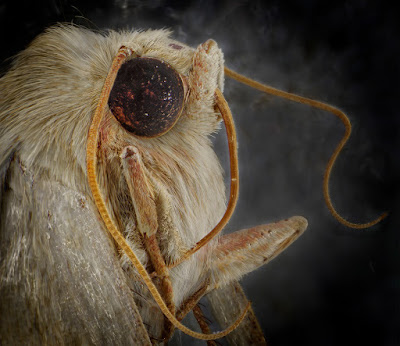 These little (and sometimes not so little) home invaders are natural product of our own occupation of their habitat. As we keep expanding our subdivisions to the outskirts of towns, we inhabit recently altered environments. This project investigates the results of our habitat’s expansion into rural areas and relationships between suburban landscape and it’s inhabitants- both human and insect. 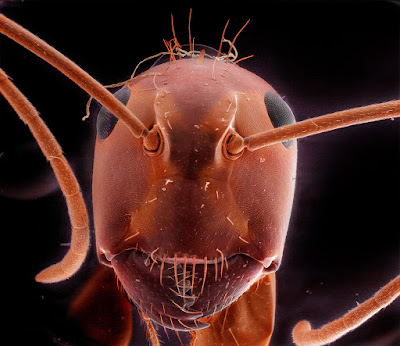 This project started in 2011, a year after I moved to North Carolina suburbs, and started finding small Carpet Beetle larvae in my rented duplex. Shortly after, I was given a chance to use scientific imaging equipment at the biology department of my university. Insects I photograph are found during my daily routines, either at home, or at work, and are titled after an unspecified location, and a partial date, further hinting on the style of presentation of a scientific specimen. 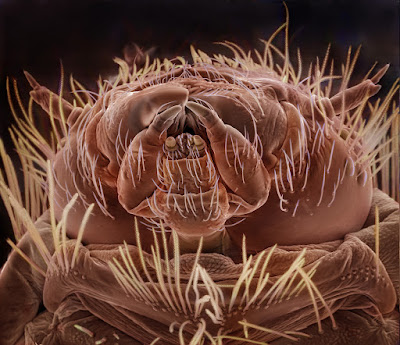 In general, this project investigates environmental and political aspects of landscape, use of land and cultural interpretation of inhabited space. This anthropomorphic presentation of our closest, often invisible, co-habitants in a humorous, quasi-scientific way, is an invitation to consider the evidence of the human impact on the landscape as we constantly redraw boundaries between us and the natural environment. In the age of popular “citizen science”, this project is an honest and “tongue-in-cheek” endeavor by an artist to observe a near-by natural world from an unusual angle. 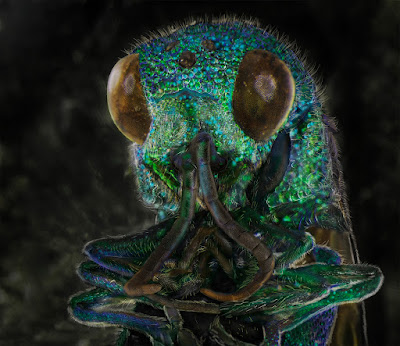 The “portraits” are composites of a number of exposures with Scanning Electron Microscope and Stereoscopic Microscope completed in collaboration with East Carolina University’s Imaging Core Facility. I carefully arrange the LED lighting, small reflectors and diffusers, creating portrait-studio lighting on a micro scale. Multiple images from two separate microscopes are combined in order to “stack” the various focal distances and achieve an optimal focus for my “models”.
At this point, the series consists of close to 80 images of commonly found insects and other arthropods. 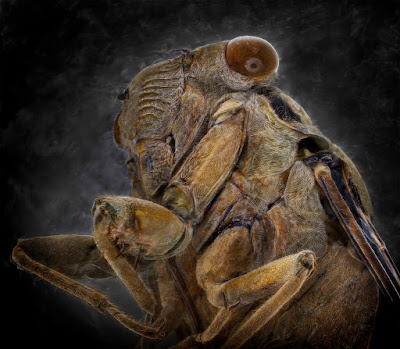 The book of my images, titled Aliens Among Us: Extraordinary Portraits of Ordinary Bugs is schedule to be published on March 2nd, 2020 by Liveright Books. It contains 68 portraits of arthropods, each accompanied with a full-body illustration from artist Isaac Talley, and fascinating character descriptions from entomologist Tim Christensen. 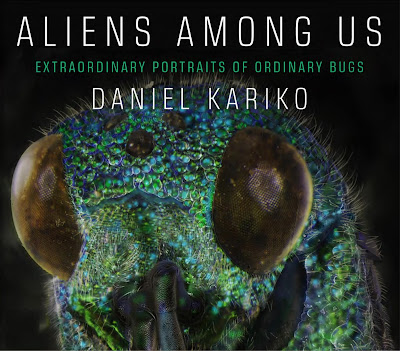 For more information about Daniel and his work, please click HERE